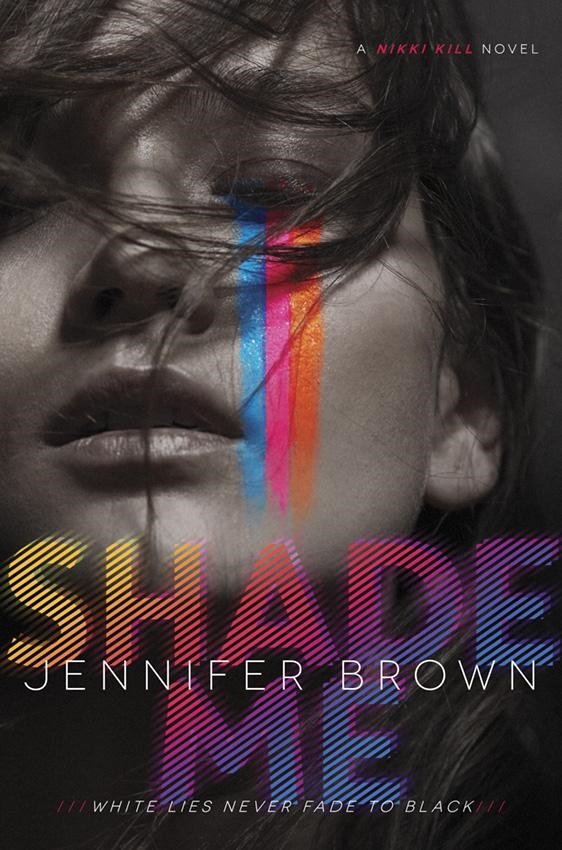 SYNOPSIS VIA GOODREADS:
Nikki Kill does not see the world like everyone else. In her eyes, happiness is pink, sadness is a mixture of brown and green, and lies are gray. Thanks to a rare phenomenon called synesthesia, Nikki’s senses overlap, in a way that both comforts and overwhelms her.

Always an outsider, just one ‘D’ shy of flunking out, Nikki’s life is on the fast track to nowhere until the night a mysterious call lights her phone up bright orange—the color of emergencies. It’s the local hospital. They need Nikki to identify a Jane Doe who is barely hanging on to life after a horrible attack.

The victim is Peyton Hollis, a popular girl from Nikki’s school who Nikki hardly knows. One thing is clear: Someone wants Peyton dead. But why? And why was Nikki’s cell the only number in Peyton’s phone?

As she tries to decipher the strange kaleidoscope of clues, Nikki finds herself thrust into the dark, glittering world of the ultra-rich Hollis family, and drawn towards Peyton’s handsome, never-do-well older brother Dru. While Nikki’s colors seem to help her unravel the puzzle, what she can’t see is that she may be falling into a trap. The only truth she can be sure of is that death is a deep, pulsing crimson.

If you are look for a book with suspense, a little romance, intrigue, and HOLY COW! This book is for you. I was captivated right from the start of the book in how the author starts the book. She hooks you right in and keeps you guessing throughout the book as to how this puzzle is going to fit together.

Nikki Kill is an amazing main character of the book. She has some mad fighting skills and investigative skills as well. Nikki also has a condition known synesthesia, which I really had a hard time understanding at the beginning, but the author goes on to explain it wonderfully and how it also ties into this story. This was a great page turner and a highly recommended read. I give it four out of four “tape recorders”. See Rating system HERE!!!

Jennifer Brown is the author of acclaimed young adult novels, Hate List, Bitter End, Perfect Escape, Thousand Words, and Torn Away. Her debut novel, Hate List, received three starred reviews and was selected as an ALA Best Book for Young Adults, a VOYA “Perfect Ten,” and a School Library Journal Best Book of the Year. Bitter End received starred reviews from Publishers Weekly and VOYA and is listed on the YALSA 2012 Best Fiction for Young Adults list. Her debut middle grade novel, Life on Mars, was released in 2014, and her second middle grade novel, How Lunchbox Jones Saved Me from Robots, Traitors, and Missy the Cruel will be released in summer 2015. She also writes women’s fiction under the name Jennifer Scott.
Jennifer writes and lives in the Kansas City, Missouri area, with her husband and three children.