Wassermann Gardens is the story of a group of young soldiers who have contracted a wildly contagious and fatal disease. The disease is considered so dangerous to humanity that the soldiers are declared Missing in Action and quarantined on an unknown and unnamed island in the South Pacific, where they must live out their few remaining years.

As living conditions on the island deteriorate, the men plagued by madness, blindness, starvation, deadly violence, and relentless hurricanes, they realize they have only one chance for survival, one last desperate mission — escape.

Although the story touches on many elements – MIAs, the ecology, the concept of individual interests versus humanity’s general welfare – it is primarily a story about ordinary human beings struggling to survive in the most desperate of situations — and one soldier’s irrational devotion to duty no matter the personal cost.

Milo Samardzija is a semi-retired advertising creative director and U.S. Army veteran who served in the Vietnam conflict. Wassermann Gardens, his second novel, is an attempt to come to terms with the experience of war and its often bitter aftermath. He lives in Chicago, Illinois, with his wife and two children.

Buy his book at Amazon here. 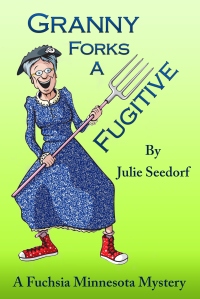 Granny has a new weapon––a pink pitchfork! And just in time! A trip to her old farm ends in Granny forking a dead body in her silo. When the body turns out to be Granny’s long lost love Robert Blackford, Granny is flabbergasted. When her devious twin sister, Amelia, the very person who stole Robert from Granny many years ago, shows up searching for her long lost son, Granny reluctantly agrees to help her find him. Of course, Granny’s fiancé, Franklin Gatsby, is concerned for Granny’s welfare and doesn’t like it when she goes out sleuthing––one of Granny’s favorite activities. So, Franklin starts to follow Granny everywhere she goes to protect her. But Granny is determined to find out who killed her former boyfriend, so along with her gal pals and her menagerie of pets, she sets a trap and soon––GRANNY FORKS A FUGITIVE.

Catch up on all that is Granny by starting with Book one and enjoying the ride through the series: 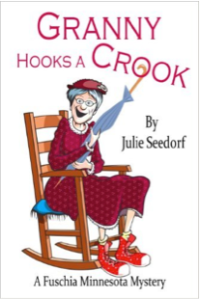 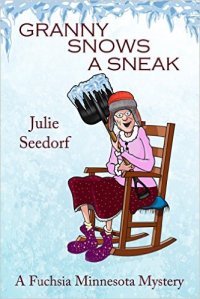 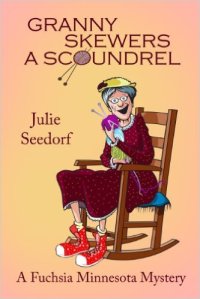 Her books are sold on Amazon.com, BarnesandNoble.com and other independent bookstores and specialty shops.
http://www.amazon.com/dp/ B00PSYBB3S