The Gritty Truth by Melissa Foster

When Quincy Gritt was a teenager he was introduced to drugs; he lost six years of his life to his addiction. He eventually found a strong enough reason to stop taking them and now he’s been clean for two years.

Determined to be a better person, Quincy now hosts narcotics anonymous meetings, mentors a fellow addict who is in recovery, and holds down a regular job. He also has a family support system to give him lots of reasons to stay clean.

Roni Westcott is a dance teacher who recently lost her Grandmother, her last living relative. It took time to grieve but she had the support of her best friend Angela and the regular texts from a sexy admirer.

Roni and Quincy have been text friends for a while but Quincy is determined to take it further. However, he knows that…

Tru Blue is a contemporary romance and is book one of The Whiskeys: Dark Knights at Peaceful Harbor series. This is the story of mechanic Truman Gritt, who went to prison to save his brother; now, six months after his release, his brother needs him again.

Called to a crack house in a seedy area, Truman finds his brother Quincy and two children―a baby and a toddler, starving and sitting in soiled clothing. Truman rescues the children, letting Quincy know that he’ll be there for him too, but he’s got to get off the drugs first.

Truman vows to take care of his family himself, which is why he’s in the supermarket in the dead of night, confused over which nappies and baby formula to buy, with the two small children.  Gemma Wright, another late-night shopper, offers practical help. In a show of…

Today’s team review is from Jessie, she blogs here https://behindthewillows.com

Jessie has been reading Art & Soul by Claire Huston 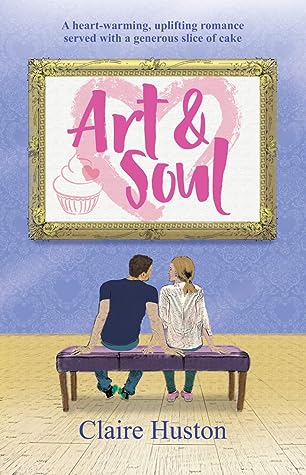 The main character of this book, Becky, is of those people that has their finger on the pulse of the world around them. One that can plan and deftly manipulate situations around them, pick up on subtle nuances that others miss and act before anyone else realizes there may even be a problem. A master mind.

In my past readings I have found master minds to be either criminal in nature or Holmesian. Never have I found a master mind to be a single parent, working as a life coach and when those jobs run dry working in the background at the fanciest weddings to make sure everything runs smoothly. But Becky makes it work. In fact she makes everything work.

Tempted by Love by Melissa Foster

Tempted By Love is a contemporary romance and the first book in The Steeles Of Silver Island series.

Single mother Daphne and her daughter live on Cape Cod where Daphne works at a resort. Jock Steele is a man with a troubled past, but Daphne’s two-year-old daughter Hadley adores him. However, Jock freezes whenever Hadley approaches him. It’s not just Hadley, it’s any young child, including his own niece. A traumatic past has Jock’s emotions locked down tightly, but he can’t stop thinking about Daphne – but if he wants her in his life, he must overcome his fear of his past.

This book has two lovely settings, Cape Cod and Silver Island. The characters joke about getting island fever and not wanting to leave but it sounded an idyllic place to live. The romance between Jock and Daphne is intense while…

Donovan Cooper’s wife has left him for his best friend; he feels cheated, hurt and angry. His emotional buttons are pushed further when a young hot-shot graphic designer sits in Donovan’s meeting doodling instead of attentively listening.

Sam Shelby is a popular employee and gifted creator, but he deliberately irritates Donovan to the point where sparks almost fly between them. However, Sam also reminds Donovan of his younger self, where he had dreams of being an artist and this exasperates Donovan.

Their fiery office attitude spills over into their personal life as Donovan becomes confused by the attraction he feels for Sam; he’s never been attracted to another man before. Sam is openly bi- sexual and lives a rather outrageous lifestyle, but he makes Donovan question what he has become and…