Today’s team review is from Barb, she blogs here http://barbtaub.com/

Barb has been reading In A Jam by Cindy Dorminy 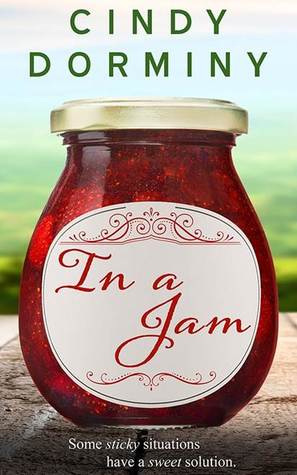 Even as author Cindy Dorminy ticks off the required romance tropes—from the Meet Cute, to the Goal/Issue that drives them apart, to the HEA (happy ever after) required of all romances—she not only makes them her own, but she makes them hilarious.Andie Carson isn’t your usual romantic heroine. She’s defiantly damaged Boston Southie, and just fine with that. With the help of her favorite boys (Jack Daniel and Sam Adams) she can handle anything life slings at her, even Thursday. What she’s completely unprepared for, is the discovery that the beloved Granny she thought dead for years had actually just died, leaving her millions in lottery winnings. There’s just one catch: to get the money, she has to give up her boys—Jack, Sam, and all their friends—and run Granny’s…

Beguiled by the Forbidden Knight by Elisabeth Hobbes

Beguiled By The Forbidden Knight is an historical romance set in Yorkshire, a few years after the Norman Conquest. King William has decreed that England shall be held and secured through marriages to create alliances. To this effect, Gilbert du Rospez has been sent to Haxby to meet his betrothed, Sigrun.  Alas, she is not there, because she was sent to a priory for safety while Yorkist rebels tried to hold out against William’s armies.

In truth Gilbert would prefer to be off hunting and admiring horses than chasing after a bride he doesn’t want. So he asks his friend, Gui, to take his place. Shrewdly, he promises Gui a place of his own, once he returns with his bride-to-be.

There follows a complex and entertaining web of mistaken identity, escape, and conflicting emotions.  This is a delightful easy read…