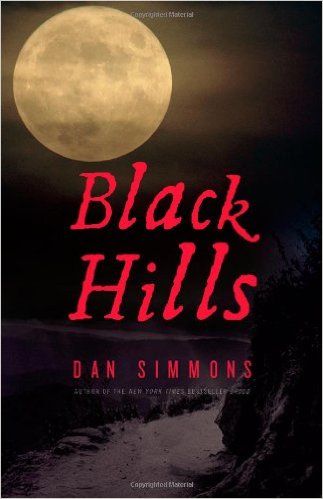 Black Hills was a very interesting listen. It follows Paha Sapa a 10 year-old Sioux boy as he rides through the aftermath of the battle of Little Big Horn, to his time working on the construction of Mt. Rushmore, to his last days. Now interesting doesn’t necessarily mean good or bad, it was different. The first thing to note is the time line of the story. It begins when he is 10 then the next chapter he is in his late 60’s, then he is a man in his 20’s. It took a few chapters to figure out the time line and honestly it would have made an easier time of it if the tale had not jumped back and forth as it did. The second thing to note is that Paha Sapa believes that the ghost of General Custer enters him at the battle and he spends his life listening to the voice in his head. Okay…. that happened. It actually detracted from the main story and the letters from Custer to his wife were pretty graphic and not in a good way. I’m not sure if they were included to add some spice to the tale, but I don’t need to hear about Custer’s sex life and manhood *shudder*. Item three, was the immense length. The audio book was well over 20 hours and at times I grew frustrated with the needless antidotes and facts ( the Chicago’s World Fair had lots of stuff and you will hear about it all). Now on to the good things, the world building was superb and the images the story created were vivid. Paha Sapa is a character that felt deeply and I loved the emotion in him.

Black Hills is a book to read if you have a lot of time and are okay with being bogged down by details. The lush scenery it evoked was superb and I truly felt a part of Paha Sapa’s life. At the end I really did enjoy it, but a good 1/3 of the book was unnecessary to get the heart of the story across.

Favorite lines – Then the young men, streaming blood on their painted chests and backs, would stand and begin their dancing and chanting, leaning back from or toward the sacred tree so that their bodies were often suspended totally by the rawhide and horn under their muscles. And always they stared at the sun as they danced and chanted.

See all of the United States of Books here.