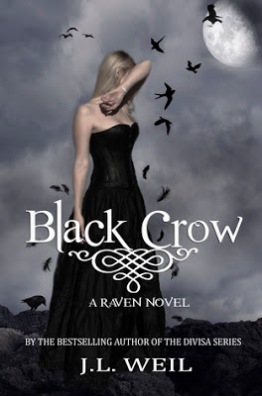 Blurb:
I’VE LOST SO MUCH.
FAMILY. MY HOME.
PRIDE. MY IDENTITY.
And I couldn’t help but feel it’s entirely my fault. There is no one else to blame.
I’ve quickly learned that being the White Raven isn’t easy. The dead are restless and angry, and I don’t know the first thing about being a banshee. Those around me will get hurt. To keep them safe, I must endure painful decisions.
Zane Hunter, the ultra-bad boy who stole my heart, is one of those difficult decisions. Our souls are synchronized, making us a compatible duo. Too bad I’m engaged to his brother.
My forbidden relationship with Zane is complicated. Deep down I want more than what my duty demands of me, what my family’s past has shaped for me.
Our problematic relationship only increases in tenfold when a surprise I never saw coming shows up in Raven Hallow, changing the game. I thought I had nothing left to lose…I was wrong.
Yeah, being a banshee isn’t all that it’s cracked up to be. 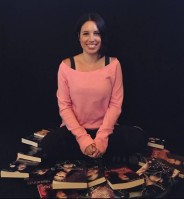 Award-winning and Bestselling author J.L. Weil writes Teen & New Adult Paranormal Romances about spunky, smart mouth girls who always wind up in dire situations. For every sassy girl, there is an equally mouthwatering, overprotective guy. Of course there is lots of kissing. And stuff.Most of her books are for ages 16+. They usually have what she considers the good stuff – sexual content (oh yeah) and swearing. You have been warned 😉

An admitted addict to Love Pink clothes, raspberry mochas from Starbucks, (yum!) and Jensen Ackles (double yum!). She loves gushing about books and Supernatural with her readers. 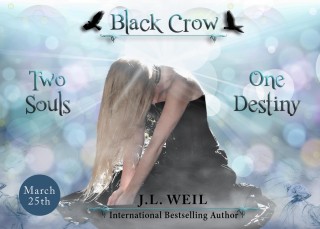 As I stared down at my phone, I wondered when or if I would ever see Parker again. I scowled. A pang of regret and guilt hit me in the chest, and before I had a second to sort through what I was feeling, a dark shadow blocked my sunlight.
I was almost afraid to turn around. Overhead, the two hawks cried in rapid succession, sending out a warning. Whoever it was had them up in arms.
“I was surprised to see you alone, but then I saw your babysitters.” Apsyn dropped down in the sand beside me. A pair of pink shades was situated on top of her head, chestnut locks cascading around her oval face.
I let out a breath of relief. “Oh, thank God. I thought you might be a hallow or worse.”
She laughed. “Well, that’s a first. No one’s ever mistook me for a ghost. And what could be worse than the dead determined to make chop liver out of you?”
My nose crinkled. “I could think of two.”
She placed a slim finger to her lips. “Let me guess. Zane and Zander?”
I shuffled my shoes, burying them into the sand. “Bullseye.”
“I don’t see how that’s a dilemma. It sounds more like an opportunity.” Her mischievous smile twinkled. “Want to trade places?”
“If it was possible, I might actually take you up on it.”
“You like to run?” she asked, eyeing my gear.
My lips quipped. “Nope.”
“Got some excess energy to burn? That I understand. It will get easier once you learn to control your powers. I bet one of your dilemmas might be able to help you burn through it.”
I felt my cheeks start to stain pink. Not because I was embarrassed, but because I was envisioning what it would be like to throw all this amped up energy into lip locking with Zane. “I’m trying to avoid a catastrophe, not enflame it.”
She dug her fingers into the sand behind her and leaned back. “My way sounds more fun…and it looks like you could use a little fun. I doubt you’ll have much time to yourself soon.”
“I don’t remember signing up for summer school, but it looks like I’ve been enrolled into reaper combat and the history of banshees.”
Her glossy lips arched. “I enjoy a little one on one.”
I just bet she did. Aspyn was the type of girl who was sexy without even trying. If I did or say half the things she did, I would look like an idiot. “I’m going to suck at this, you know,” I said, thinking about how much I was going to embarrass myself. “I possess no athletic skills whatsoever.”
“Kissing is a sport. I bet you’re good at that.”
My eyes narrowed. “Is sex the only thing on your mind?”
She stretched out her legs like a lazy cat. “I’m an eighteen, unattached, hot female. Obliviously, it’s all I think about when I’m not thinking about destroying souls.”