In the After by Elisa Dane
Publication Date: February 2, 2016
Publisher: Swoon Romance

Sadie Reynolds is a liar with secrets. At school, she’s part of the popular crowd known as AE, despite being broken inside. She hides it well. She has to. The slightest bit of imperfection will land her in the same shoes as her Geeky neighbor named Ian.

Ian and his only friend are the object of Sadie’s friends’ ridicule, ire, and entertainment. The AE rule the school with intimidation and retribution against anyone who would dare question their supremacy.

Sadie steers clear of most of it, terrified someone will find out her secret. She isn’t the least bit perfect. In fact, she suffers from PTSD stemming from the murder of her mother right before her eyes when she was a child. She can barely cope from day-to-day, hiding her truth and trying to fit in. But she knows it’s only a matter of time.

Hayden is a “Waverly,” a kid with the misfortune of living in the small farming town of Waverly that borders the very affluent Lexington Parrish. The AE doesn’t mix with “Waverlies.” Ever.

Desperate to get away from her oppressive friends, Sadie crashes into Hayden at a bonfire and the attraction that sparks between them is nothing short of electric. But Hayden’s an outsider and when things heat up, Sadie will be forced to choose between her friends and her new boyfriend.

Only Queen Bee Britt isn’t having it. She will not allow Sadie to cross her. Sadie can either do what Britt wants her to do or she will reveal Sadie for the PTSD freak that she is.

Sadie does some soul searching about who she is and who she wants to be. She can’t live her life like this. Not any more. One fateful night will help her see how much things have to change.
She’s determined to no longer allow the AE to rule her life. She will be strong, stand up for Ian and love who she wants in Hayden. Determined and invigorated, Sadie goes to school feeling hopeful for the first time in forever.

But, the unthinkable happens.

Shooters attack dozens of students before the two eventually take their own lives, leaving the school a decimated shadow of what it once was.

Suddenly who lives where, wears what or loves whom seems like the least of Lexington Parish’s problems as everyone and everything changes forever in the after.

IN THE AFTER by Elisa Dane is a hard-hitting and heart-warming story of tragedy, love, loss and redemption. It is recommended for readers 14+.

I thrashed awake, my throat on fire, my skin cold and soaked with sweat along with my pajamas and sheets. That damn, fucking night. That final image of my mom bleeding out across our hardwood floor before the monster tied me up and locked me in the closet—it wouldn’t disappear. Burned into every deep, dark crevice of my mind, it haunted me daily, and replayed itself on an endless loop every night while I slept.

The three night lights dousing my room with a soft, warm glow, failed to provide the sense of safety and comfort they normally did and I hugged my blanket to my chest in a vain attempt to chase the chill away. My room wasn’t cold. The chill lay deep inside me in the place the darkness had taken up residence. Dying of thirst, I reached for the glass of water sitting on my nightstand.

My body seized, my arms flew up with a scream, and water rained down over everything within a five-foot radius as the glass tumbled through the air. It shattered upon impact with the wood floor. Mocha went crazy. The fur at the nape of her neck standing on end as she paced back and forth at the end of my bed, growling and barking.

Barely able to control my limbs they were shaking so badly, I floundered around for my cell phone, which had gotten lost somewhere between my sheets.

“Sadie! Let me in.” The window shook each time the attacker rammed his fist against the glass and panic spiked, a high-pitched wail blowing past my lips as I ripped apart my bedding.

I found my phone buried beneath the blanket near my feet. Dizzy and hyperventilating, I fumbled with it, repeatedly stabbing the touchscreen in a vain attempt to unlock the damn thing.

It felt like I’d been trapped under water and was finally able to surface and take a deep breath. The thick haze of fear slowly dissipated, the fog inside my head clearing enough for me to recognize his voice. “H-Hayden?”

Hot tears trickled down my cheeks as I stumbled out of bed and made my way over to my window. I grappled with the extra locks my dad had installed when we first moved in, unable to contain the loud sob that blew past my lips when the window finally slid open.

Hayden was in my room with his arms around me before I had a chance to draw breath. “I heard you screaming and I got scared.” His body stiffened and he pulled away, his gaze scanning the room. “Did you hear something? Is that why you were screaming?” He took a step toward my bedroom door, stopping when I caught his wrist.

He stared down at me with narrowed eyes, then closed the gap between us, drawing me into his arms again. His arms felt warm and strong, the space at the center of his chest where I laid my head as though it was made for me and me alone. As if on autopilot, his hand found its favorite spot on the side of my neck, his touch both soothing and electric as he peered down at me with concern. “Nightmare? You were screaming like someone was trying to murder you.”

His eyes grew wide for a millisecond, realization and understanding warring for dominance behind his eyes. Thankfully, the gentleness I craved in his deep blues returned as quickly as it had left. He swept me off my feet without warning and carefully placed me on my bed, sliding between the sheets right along beside me. I rolled onto my side, my body shuddering in relief when he pulled me against him and wrapped his arm around me. “Sleep, princess. You’re safe. I won’t let anyone hurt you.”

Safe. It was such a small word with such a big meaning. Lives either flourished or fell apart in search of it. I’d known the warmth of safety. Taken it for granted. Wasted the warmth and comfort that came with it like a spoiled child. I also knew the festering terror that came with the absence of safety. I walked in its darkness. Choked and smothered beneath it nightly. Never in my wildest dreams did I ever believe I would truly feel safe again. But, for reasons I couldn’t explain, that’s exactly how I felt in Hayden’s arms. Completely safe.

And so very tired. Too tired to care about my dad’s warning about talking to Hayden and letting him in the house. My lids grew heavy and I was asleep within moments. 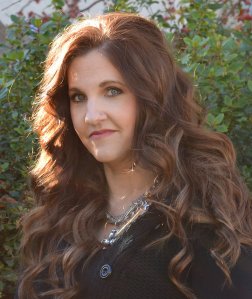 Elisa Dane loves books, chocolate, reality television, her family, and All Star Cheerleading. Not necessarily in that order! She writes contemporary YA romance with cheerleaders. Yep. She writes what she knows, and it’s her hope that her stories will not only take you on a romantic journey that will warm your heart, but that you’ll find a new respect for the sport of All Star Cheerleading you may not have had before. She’s represented by Brittany Booker of the Booker/Albert Agency, and has published a NA paranormal series under her real name, Lisa Sanchez.