Jade’s young life was tough. After her mother died during childbirth and her father could no longer look after her, she was placed in foster care where she stayed for the next ten years. She grew up feeling unloved and unwanted as she was passed around from one screwed up home to the next.

Things began to look up for her when she was adopted by a wealthy socialite at the age of eleven. Sometimes though, things aren’t always what they seem. Jade didn’t know it at the time, but her new adoptive mother had big plans for her, and spent the next seven years grooming Jade for that role.

Jade learnt early in life that she couldn’t rely on anyone but herself. Instead of letting her circumstances beat her, she took all the negatives she’d been dealt, and used them to her advantage. She grew up to be a strong, successful, determined and independent woman. She was a loner by choice.

The only thing lacking in her life was companionship and love. She’d never experienced it, so she didn’t know what she was missing, until she had a one-night-stand with a handsome stranger. One night, that would change everything.

Brock grew up privileged. He had everything going for him. Money, looks, charm, success and an endless array of beautiful women. He wasn’t interested in commitment. To him women were easy. They practically threw themselves at his feet. All they wanted was to do something nobody had ever managed before. Snare the hot, rich bachelor.

Then he met Jade. She was like a breath of fresh air. A challenge. Nothing like the women he was used too. Their one night together ignited something within him. A burning desire to own her, possess her, but Jade had other plans. Nobody says no to Brock Weston, nobody.

He’s left wondering about a woman he knows he can never have. But, when fate brings them together again, will he get what he wants? Will he be able to claim the unattainable? Or will her secrets crush him, and destroy any chance they have of being together?
ADD TO GOODREADS

J L Perry is a mother of one son and a wife. She was born in Sydney, Australia in 1972, and has lived there her whole life. Her love of reading, from a young age, gave her the passion to write. My Destiny was originally written for her sister, in 2013. It was never intended to be published. However, after finishing this book, she felt there was still a lot of Brooke and Logan’s story left to tell. This inspired her to write My Forever. With the encouragement of her family and friends, she decided to follow her dream and become a published Author.

My Destiny is her debut novel in the Destiny Series. My Forever is the conclusion to this book. My Destiny and My Forever, won a gold and silver medal in the 2015 eLit Book Awards for digital publishing, with the Jenkins Group. Her series that included My Destiny, My Forever and Damaged, also won a first place in the Easychair online Bookstore annual awards in 2015. Her books received a perfect score from all the judges. Her third book Damaged – Jacinta’s Story was released October 15th, 2014. This is a standalone book, but is based on a character in My Forever. Her fourth book Against All Odds, is a standalone book, as well, but part of the Destiny Series. It was released in May, 2015.

Her fifth book Bastard, was self-published in September, 2015, and became a #1 Bestseller, before she signed a five book deal with Hachette. Bastard and Luckiest Bastard – the Novella, were re-released through Hachette on the 7th of December, 2015. Hooker, Jax and Nineteen Letters will be published through them over the course 2016. Her latest book, The Deal is scheduled for release in 2017.

J L’s love of romance and happy endings makes a perfect combination when it comes to writing her beautiful love stories. 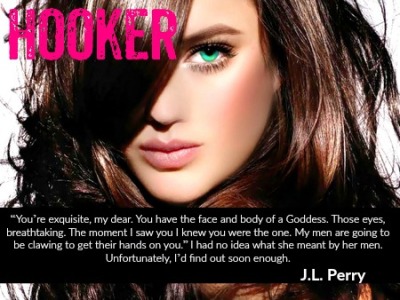