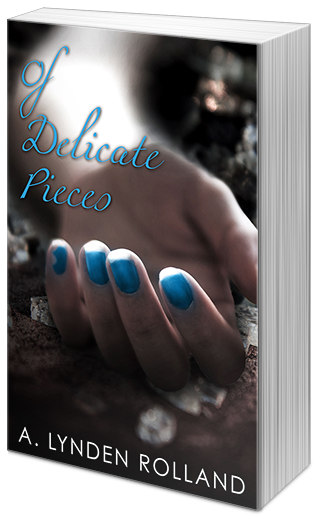 Of Delicate Pieces (Of Breakable Things)

Settling into her second year of death, Alex is ready to explore her limitless mind in an afterworld that changes each day, but she still isn’t resting in peace.
The ‘gifted’ are humans who see spirits and have the same extraordinary mental powers, though they aren’t considered equals. Centuries ago, Alex’s family led the movement to keep the living and dead separated, but the gifted believe Alex is a reincarnation of their slain civil leader. When they begin to break down the barriers that protect the city, the afterworld becomes dangerous and vulnerable to exposure. The living and dead both want to use Alex for their own gain, but what they don’t realize is that neither side will want her when they find out who she really is.
In the afterworld, nothing stays buried for long.

How did you come up with the title?

There’s a scene in the book with one of my favorite new characters. Yazzie is one of the oldest spirits in Eidolon, and he’s a miner though not in the traditional sense. He owns a mine that absorbs the memories of people who die and don’t become spirits (and the memories of spirits when they finally die). He explains to Alex how the minds of the dead don’t come in him in whole form, and it wouldn’t be right if they did. Most things in life and death have to be pieced together to make sense.

After the first book, Of Breakable Things, there are so many things about Alex’s life (and death) that she doesn’t understand. Why does she look like a famous prophet? Why is her mind so strong? Why can she speak to Chase telepathically? The pieces come together in this sequel, although each new piece of information Alex learns make her more and more vulnerable. “Of Delicate Pieces” fits the theme of the story.

What book are you reading now?

What are your current projects?

Of Breakable Things book 3 edits should be arriving soon. I’m also on submission with a YA contemporary I wrote last year.

If you had to do it all over again, would you change anything in your latest book?

Maybe the release date! I have a baby arriving at the beginning of this month, and so there’s a lot going on right now!

Who is your favorite author and what is it that really strikes you about their work?

Classic: F. Scott Fitzgerald. I have a major Gatsby obsession. I love the depth of the book, the symbolism, the hope, and the characters.

Do you have anything specific that you want to say to your readers?

Thank you for reading! For taking time out of your lives to spend these moments with my characters. I hope Alex’s afterworld gives you an escape from whatever you’re doing, wherever you are. I hope you enjoy.

OF DELICATE PIECES is the follow-up to A. Lynden Rolland’s OF BREAKABLE THINGS. 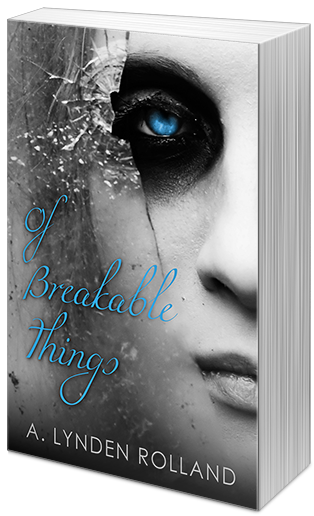 A captivating debut about the fragility of life, love, and perspective.

When Chase dies tragically, Alex embraces her own mortality. What she didn’t expect was that she’d have to make a choice: forget the years of pain and suffering once and for all, or linger as a spirit and get another chance at life and love.

Alex doesn’t hesitate to choose; she’d follow Chase anywhere. But the spirit world is nothing like she expected, and Alex finds she’s forced to fight for her life once more. For even in a world where secrets are buried much deeper than six feet under, a legacy can continue to haunt you—and in a place this dangerous, no one is resting in peace.

Add to Goodreads- Of Delicate Pieces

Five (5) winners will receive a digital copy of Of Delicate Pieces by A. Lynden Rolland (INT) 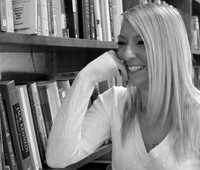 ABOUT A. LYNDEN ROLLAND:

A. Lynden Rolland was born and raised in a picturesque town obsessed with boats and blue crabs. She has always been intrigued by the dramatic and the broken, compiling her eccentric tales of tragic characters in a weathered notebook she began to carry in grade school. She is a sports fanatic, a coffee addict, and a lover of Sauvignon Blanc and thunderstorms. When she isn’t hunched behind a laptop at her local bookstore, she can be found chasing her two vivacious children. She resides in Maryland with her husband and young sons.