Title: The Chronicles of Light and Dark
Series: The Legend of the Archangel book 5
Genre: YA paranormal romance/ fantasy
Designed by: Regina Wamba of Mae I Design and Photography
Release Date: November 30 2015 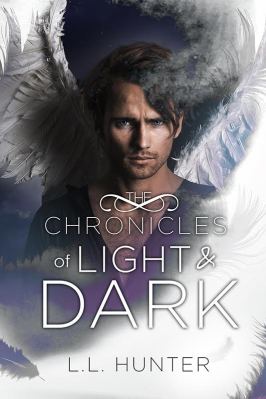 Blurb:
Nephilim are going missing.
Lakyn has been shot.
The world is coming to an end and all clues seem to point to Lucifer’s army.
With Lakyn out of commission, Dyston is forced to fight his battles for him. But there is a problem: he is injured too.
As Scarlett and her friends attempt to find the missing Nephilim and figure out who would want Lakyn dead, a betrayal of the worst kind is about to shatter everyone involved.
In the much anticipated fifth installment of the bestselling Legend of the Archangel series,
Secrets will be unraveled. Sides will be chosen. Lines will be drawn.
Who will choose darkness?
And who will choose light? 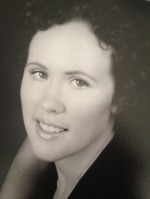 L.L. Hunter is the author of over 20 published works, including The Legend of the Archangel Series and The Eden Chronicles. She has studied everything from veterinary nursing, forensic science, and dramatic arts, but has always known her true calling was to be an author. She has been writing since her teens – everything from fan fiction, to song lyrics, to plays and musicals. When not working on her next paranormal romance, she can be found at home in Australia, reading somewhere comfortable with one or both of her “fur babies.” 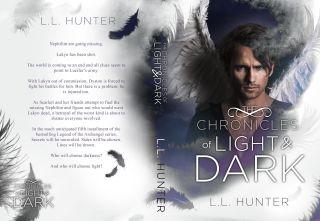