Twenty-five-year-old Maddie Kerrigan is known at Midwest auto auctions as the tall, hot babe in the tight jumpsuit and red stilettos. To take her car restoration company to the next level, she must sell a prized family heirloom: a one off, 53’ Cadillac Eldorado in mint condition.

Maddie’s senses go into over drive when the gorgeous California investor, Nick Berlin, shows up with a blank check in his hand and an irresistible gleam in his eye. He doesn’t know much about old cars, but when Maddie invites him behind the wheel, he’s ready to push the pedal down.

But when a letter from her estranged father claims ownership of the car, and ties Nick to an old family enemy, Maddie puts the brakes on the sale and launches a road trip across country to confront her past. How far will Nick go to get his hands on her chassis?

We first met Madonna, “Maddie”, when she is burying her beloved grandfather. At the burial, she meets an unexpected and handsome visitor, Nick Berlin. Maddie had previously placed an ad to sell her beloved 53’ Cadillac Eldorado, which Nick is interested in looking at the car at the request of his father. Nick is a handsome, rich, playboy that is enjoying his freedom. But, Maddie is not fool. She is educated, beautiful, and runs her own car restoration business, and, girl, is darn good at it!

Maddie has been raised by her grandfather in Kentucky as her father dumped her off there when she was just a little girl. After the funeral, she finds some interesting information about her father and his whereabouts. Maddie decides to head to California and confront her father for disappearing out of her life and to sell her car at a premiere auction. 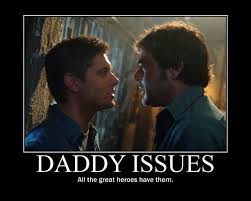 As Maddie heads to California, Nick is sure to follow. What Maddie doesn’t know is that Nick isn’t the only one that wants her prize possession. There are other hunting Maddie and her car as well.

Now this is not your typical romance story, this story has mystery, intrigue, and has you reading pages as fast as you can to see what could possibly happen next. This book absolutely blew me away with the sexual tension, passion, romance, mystery and suspense.

I give this book four out four “diamonds”. See rating system here.

A black car entered the cemetery parking lot and stopped. Maddie’s heart stopped with it. A limousine. Not even the dead rode in limos in this town. Tinted windows hid the face of the person in the rear seat, but it had to be him. The coward. Sneaking a peek without having to actually make an appearance.

“Ashes to ashes,” the pastor droned, as emotions banged around in her heart like trapped ghosts. Anger. Grief. Dread. Twenty years since her father had dumped her on Grandpa’s Kentucky farm. She hadn’t seen him since. Did she want to? Hell no.

What could he have to say to her after all this time? Sorry? Forgive me?

She dragged her gaze from the coffin back to the limousine just as a black-tinted window slid down, revealing a young, strikingly handsome face. One she didn’t recognize.

He was pure California. Had that deep tan, sandy-haired, not-quite-shaven look.

He opened the door and unfolded his tall frame from the back seat of the limousine. She caught her breath. He’s coming over here?

Kat Drennan, born and raised in California, writes sensual stories from the heart of the Golden State.
From the curling surf at the edge of the continent, to the granite sculptures of the Sierra Nevada; from San Francisco to Death Valley and all the way to the Mexican border, California’s unique landscape and history step forward as characters in each of her novels.

She is an alumni of the Squaw Valley Community of Writers and a member of Romance Writers of America and RWA Contemporary.

She lives in Ojai, California with her handsome dogs (husband Fred and Aussie-doxie mix, Cooper) and two controlling cats. She is happiest outdoors biking, swimming, or just breathing on the beach.

Kat loves to hear from her readers. You can follow her at http://www.katdrennan.com, or her Facebook page at http://www.facebook.com/KatDrennan.